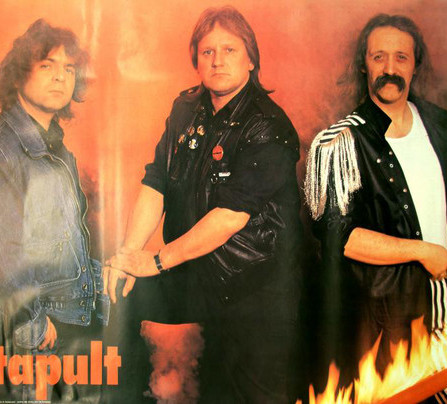 Czech rock group. Founded 1974 in Plzeň (former Czechoslovakia) by Oldřich Říha and Jiří Šindelář, initially named “Mahagon”. After being banned by the regional communist authorities they relocated to Prague. Renamed on Mahagon’s request to “Katapult” in August 1975. They became one of the most popular Czechoslovak live acts of the late 1970s, releasing two best-selling albums and several SPs, winning the “best group” category of the popular youth magazine Mladý svět’s annual reader award “Zlatý slavík” (“Golden Nightingale”) in 1979 and 1980. Despite further bans by the authorities during the late 1970s (eventually they were not allowed to perform in Prague at all) and particularly in the first half of the 1980s (no recording permission despite valid Supraphon contract, absolutely no radio or TV presence), the duo Říha/Šidelář remained continuously active as “Katapult” with changing (or returning) drummers until Šindelář’s premature death in January 2009.
[b]Note: for Viktor Sodoma’s studio backing band please see Katapult. [/b] 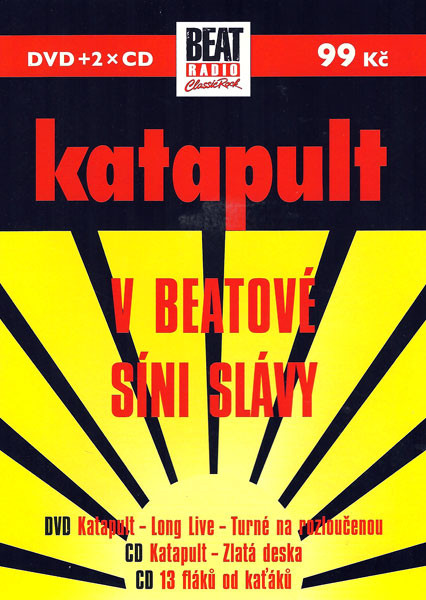